I meant to go to Swan Lake.  Really, I did.  But at the last minute I changed my mind and switched out Swan for Goose. The problem was that I discovered the Swan Lake Nature Reserve Trail would require I walk more than a kilometer in 30-degree heat through a field just in order to reach the lake’s edge.

I didn’t think I had it in me.

Goose Lake is a small lake located in between Swan Lake and the northernmost arm of Okanagan Lake on the outskirts of Vernon.  On the map, it looked like there was access to the lake, but I found myself out of road at a concrete barrier some distance from the lake.

Just beyond the barrier was a path that led down.  It was still too far a walk to the lake, and private property besides.  The land belongs to the Okanagan Indian Band Reserve and was formerly used as a military training ground.  Down closer to the lake were signs warning away trespassers, due to the presence of unexploded explosive ordnance, or UXOs. There have been at least seven deaths here attributed to abandoned munitions, between 1948 and 1973.  While there has been some cleanup, it is still far from safe.

The area I was in was, presumably, clean.

I walked down toward the lake, through vegetation that was ripe with singing crickets, cabbage butterflies and bees.  Wild Chicory and St. John’s Wort filled the field, along with thistles that stood eight feet tall and had stalks thicker than my forearms. 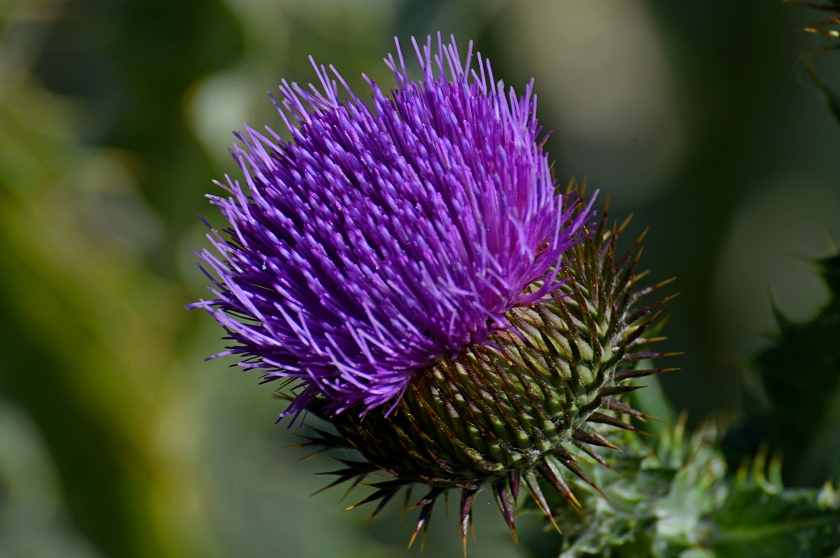 Some kind of monstrous thistle

Chokecherry bushes bowed under the weight of their fruit.

It was beautiful here.  There were Sparrows and Goldfinch in the bushes, and I could see ducks on the water below.

It’s too bad the land is unusable.  Let me see if I’ve got this right.

White man shows up and takes the land from the indigenous people.

White man gives back a piece of the land in the form of a reservation.

White man says, “Hey, we need to borrow some of your reservation land, for the good of the country.”

Sometimes I am ashamed of the colour of my skin. 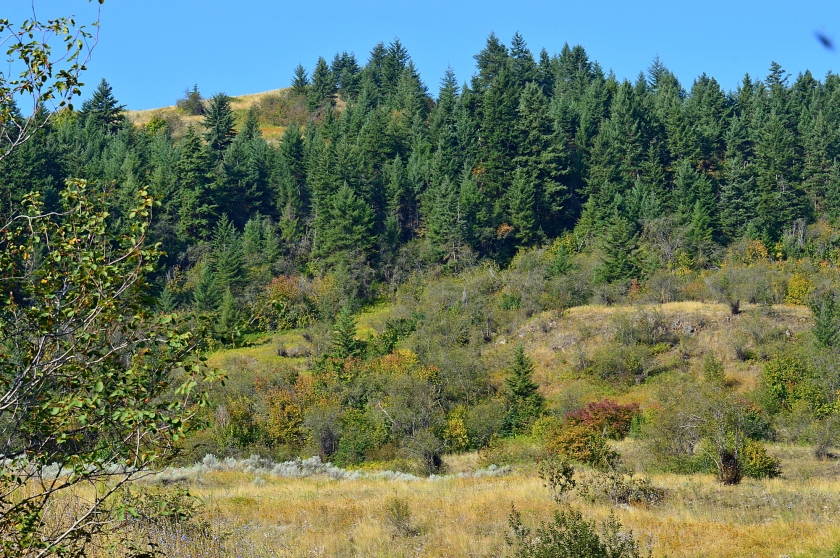 I had gone about as far as I could go.  I plopped myself down on the ground in the shade of a chokecherry bush and waited for the pain in my legs to abate. 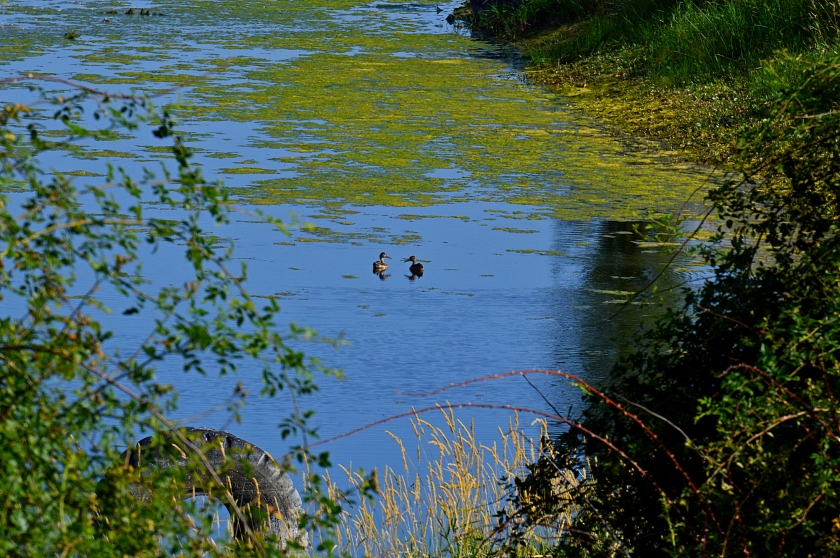 Man, it was really hot.  Sitting there on the ground, feeling the sweat trickle down my back, looking at water I couldn’t get to – obviously I needed to go find myself a different lake, even if this one was pretty. 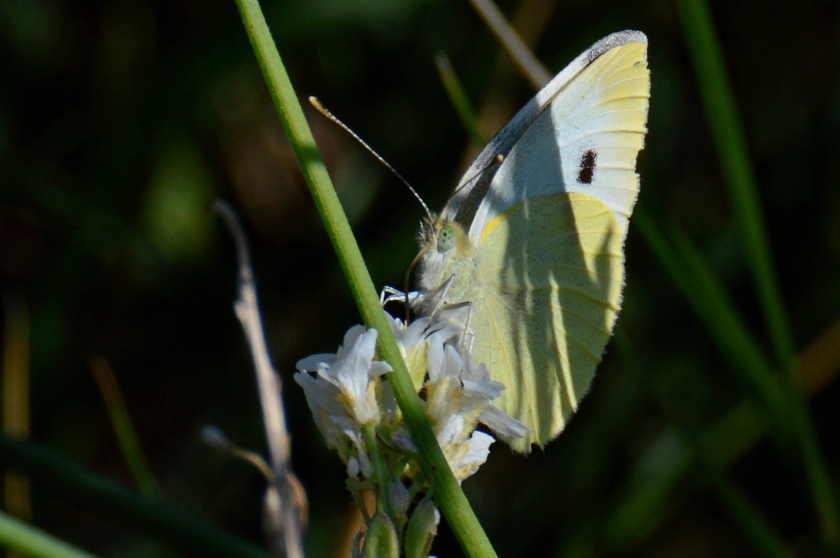 Sally Quon is a photographer and writer living in the beautiful Okanagan Valley. When not out enjoying the splendors of nature, she likes to spend time cooking, reading and painting. Her photography has appeared in Canadian Geographic Magazine and in Nature Alberta’s various birding brochures. Sally was recently awarded a Judge’s Choice Award in the Ontario Poetry Society’s Ultra Short Poem Competition and has an essay coming out in Chicken Soup for the Soul - The Forgiveness Fix. One of her photos was chosen for inclusion in the Photographer’s Forum “Best of 2018” Collection. She has two beautiful, almost grown children. View all posts by Featherstone Creative